According to census data, in 1860 there were about 490,887 slaves in the state of Virginia. About 26% of Virginia families owned slaves at that time, including several Russell County families. To see the names of Russell County slaves and slaveholders in 1860, just prior to the Civil War, you can view the slave schedules on Ancestry.com. The library has a subscription, so you can view them here if you can’t access Ancestry at home.
Few personal accounts of slaves from Russell County exist now. An interesting story appeared in The Lebanon News, January 11, 1951 paper, about a West Virginia man named Henry Jones, who reported he was born a slave in Russell County in about 1855. He was 96 at the time the story was published in 1951, but he stated that he clearly remembered the day he was almost sold when he was 10 years old. He recalled that the mistress of the farm he lived on did not want him sold, but that a woman had no authority at that time to stop it. However, when she began to cry, the men conducting the auction relented and did not sell him. He returned and worked on the farm for her years later, after emancipation, until he married and moved to West Virginia. There, a mine injury temporarily left him unable to work, and he was able to convince a local school teacher to teach him to read as he recovered.
Other brief mentions of former slaves appear in obituaries, names such as Hence Browning, who died in 1938, Johnson Alexander, who died in 1961 at the age of 104. Another, John Duff, was still living in 1958 at the age of 103, and could remember watching boys and young men sign up for Confederate service at the old Russell County courthouse.
To learn more about Black History in Russell County during the 20th century, stop by the library and take a look at Memories from Dante by Kathy Shearer, which contains memoirs from students of the Straight Hollow School and the Arty Lee School in Dante. You can also visit the H. Lee Waters film collection at http://library.duke.edu/digitalcollections/hleewaters/ to see films of some of the students and teachers at these schools. 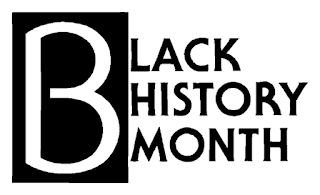