Memorial Day is a federal holiday in the United States of America (USA) to mourn US military personnel who have died while serving in the armed forces. Originally known as Decoration Day, it dates back to the late 1860s and has always been celebrated in May. (https://en.wikipedia.org/wiki/Memorial_Day) It's known as Decoration Day because it was when families would clean and decorate the gravesites of their late service members.

It seems better known now as the unofficial start of summer. But remember why government offices are closed - to honor and remember and mourn those who died ensuring our freedom.

The 20th century war dead in Russell County are honored in the Cumbow Meeting Room at the Russell County Public Library. The meeting room has a wall with the names of all men known to have been killed in service. The men are listed by the war in which they were killed. (RCPL maintains an alphabetical list of names.)

The Cumbow Meeting Room was named for William W. Cumbow, a prisoner of war from Russell County during World War II. Mr. Cumbow was chair of the Library Board of Trustees when the current library building was constructed. During construction the Library Board voted to name the room in Mr. Cumbow's honor.

A brief look at the memorial wall illustrates the scale of the different wars and the changes in warfare. Korea and Vietnam involved fewer soldiers and sailors, and battlefield medicine improved dramatically over the 20th century resulting in fewer lives lost. Yet our 21st century battlefield actions have already cost of the life of one Russell County native, Ryan McGlothlin, in Iraq.

Teachers make us think of schools, so we also want to highlight the history of Russell County Public Schools. In the first half of the 20th century, most schools in Russell County were one- or two-room frame buildings. In 1930, for the white population, there were 81 schools. Seventy-two were elementary schools, and while no elementary school had more than five teachers, 43 schools had only one teacher! The five high schools were Cleveland, Dante, Honaker, Lebanon, and Temple Hill (Castlewood.)

In 1930, there were four elementary schools for African American children and no high school. One school serving these children was the Arty Lee School in Dante. It was named after Artemus 'Arty' Foster and Lee Long. Arty Foster, an African-American community leader, is credited with convincing Long, Clinchfield Coal Company vice-president, to build the school. High school grades were not added until about 1940. In 1953 a new Arty Lee School was opened that contained all eleven grades.

When they added the high school grades at the African American school in Dante, African American students were bused from Lebanon, Castlewood, and adjoining counties (as contract students.) In the middle of the century, Virginia and the Southwest Counties had high drop-out rates. Arty Lee School helped address this issue.

During May we will feature photos of some of the old schools on our social media accounts. Stop by the Lebanon Library where we will have a large frame with pictures of many of these schools.

Do you have memories of a school that has been closed? Share them. Time marches on, but the memories remain. And give that teacher a call.

Connect With Your Library 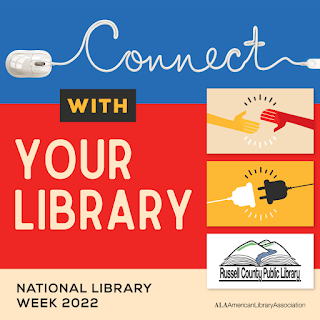 National Library Week is April 3 through 9. The theme this year is Connect With Your Library. Our Russell County Public Library calendar is full of events for April. We have given you a reason to connect (or re-connect) with your library almost every day!

We are very excited about the talk The Face of America: One Woman’s (and Her Family’s) Adventures as an American Diplomat. On April 14, Rose Likins, a retired U.S. State Department diplomat, will share stories from her years stationed in Latin America and her experience raising kids abroad. Ms. Likins is presently Library Director at Smyth County Public Library. Please join us for this talk at 6:30 pm at the Lebanon Library.

A Cup and A Conversation is a new weekly adult program. Each Thursday at Lebanon from 10 am to noon we welcome adults to drop by and have a cup of coffee. You can work on a puzzle, play cards or just chat. Action Tables are another opportunity to talk about how to put your values into action; this program expands on the Values Tables from earlier this year. Action Tables meet at 1 pm on Mondays at Honaker and Fridays at Lebanon.

Paracord, book art, collage, and crochet are some of the crafts we feature at our libraries this month. You can drop in and learn or grab a bag of supplies and take it home. Connect with Crafts is at 4 pm on Mondays at Honaker and Tuesdays at Lebanon.

We Demand: Women's Suffrage in Virginia is a free exhibition at Lebanon Library from March 29 through May 3. This traveling exhibition comes to us from the Library of Virginia and is an excellent opportunity to learn more about Virginia history. On April 20 at 7 pm, Brent Tarter, Barbara Babson, and Mari Julienne will discuss their book The Campaign for Woman Suffrage in Virginia via Zoom. We can send you a link to the Zoom meeting, or you can watch it in the Lebanon Library.

Spring is here, and Covid is fading (mostly), so come in and pick up a book or a magazine, try a new craft, or listen to a talk, but most importantly, connect.

The Invisible Half of the County


For thousands of years, women were the invisible half of the population. History records the men who led or excelled. Yet, when women were not elected to offices or appointed to boards, they still served. Women led. Look at this picture. The Women's Club was instrumental in the foundation of the public library in Russell County. And they did it in hose, heels, and hats. (And they had to iron much of what they wore...when was the last time you used an iron?!)

Women are more than half the population, yet we are still not represented fully in our communities' jobs and roles. We need to step up to the plate and serve--apply for the job, run for the office, coach the team.

Write the women of Russell County into history with your essay.

RCPL's Most Checked Out Books of 2021

With 2021 now in the rearview mirror, we look back at the books our patrons checked out the most over the past year. How many have you read? 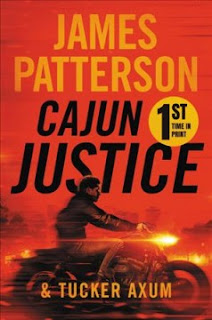 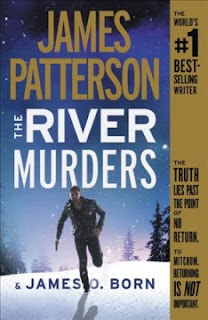 9. The River Murders - James Patterson & James O. Born
Sometimes figuring out the truth means going to the point of no return. For Mitchum, returning is not important. Read 3 exciting thrillers from the world's #1 bestselling writer! 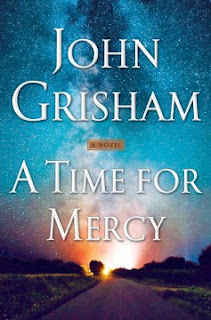 8. A Time for Mercy - John Grisham
Court-appointed lawyer Jake Brigance puts his career and the safety of his family on the line to defend a 16-year-old murder suspect who is facing the death penalty. 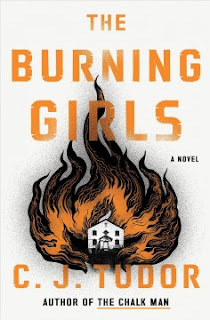 7. The Burning Girls - C. J. Tudor
Reverend Jack Brooks, a single parent with a fourteen-year-old daughter and a heavy conscience, arrives in the village hoping to make a fresh start and find some peace. Instead, Jack finds a town mired in secrecy and a strange welcome package: an old exorcism kit and a note quoting scripture. The more Jack and daughter Flo get acquainted with the town and its strange denizens, the deeper they are drawn into their rifts, mysteries, and suspicions. And when Flo is troubled by strange sightings in the old chapel, it becomes apparent that there are ghosts here that refuse to be laid to rest. 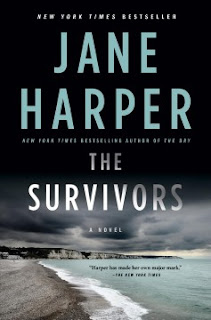 6. The Survivors - Jane Harper
Haunted by guilt for a reckless and consequential mistake in his youth, Kieran returns to his coastal hometown and his struggling fishing-industry parents, before the discovery of a body on the beach reveals long-held secrets. 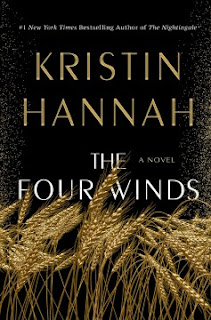 5. The Four Winds - Kristin Hannah
A Depression-era woman confronts a wrenching choice between fighting for the Dust Bowl-ravaged land she loves in Texas or pursuing an uncertain future in California. 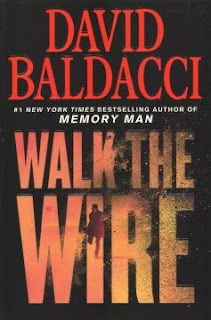 4. Walk the Wire - David Baldacci
The best-selling author of The Fix presents a highly charged thriller in which fan-favorite character Amos Decker embarks on an action-packed investigation that is complicated by Baldacci's signature twists and turns. 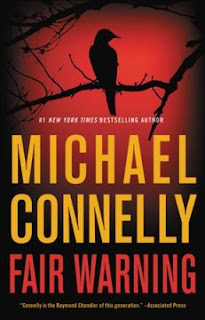 3. Fair Warning - Michael Connelly
When a woman with whom he shared a one-night stand is found brutally murdered, veteran reporter Jack McEvoy tracks a serial killer who has been operating under the radar. 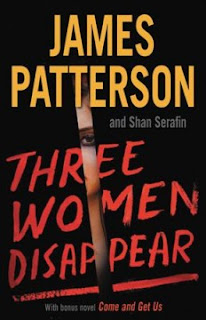 2. Three Women Disappear - James Patterson & Shan Serafin
When three female suspects in the murder of an accountant, who was a master manipulator, go missing, Detective Sean Walsh, who has a personal connection to the case, discovers why the women have to stay hidden from both the law and each other. 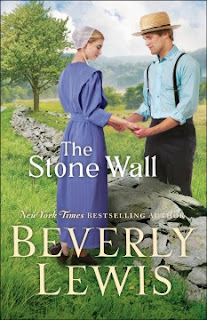 1. The Stone Wall - Beverly Lewis
A Lancaster County tour guide researches her Alzheimer’s patient grandmother’s Plain heritage and the story behind a mysterious stone wall while confronting a difficult choice about her growing feelings for a handsome Mennonite and a young Amish widower.
All book covers and descriptions from NoveList Plus - a great way to find your next read!
By Russell County Public Library at January 19, 2022 No comments: